What is a Pre-Existing Condition? 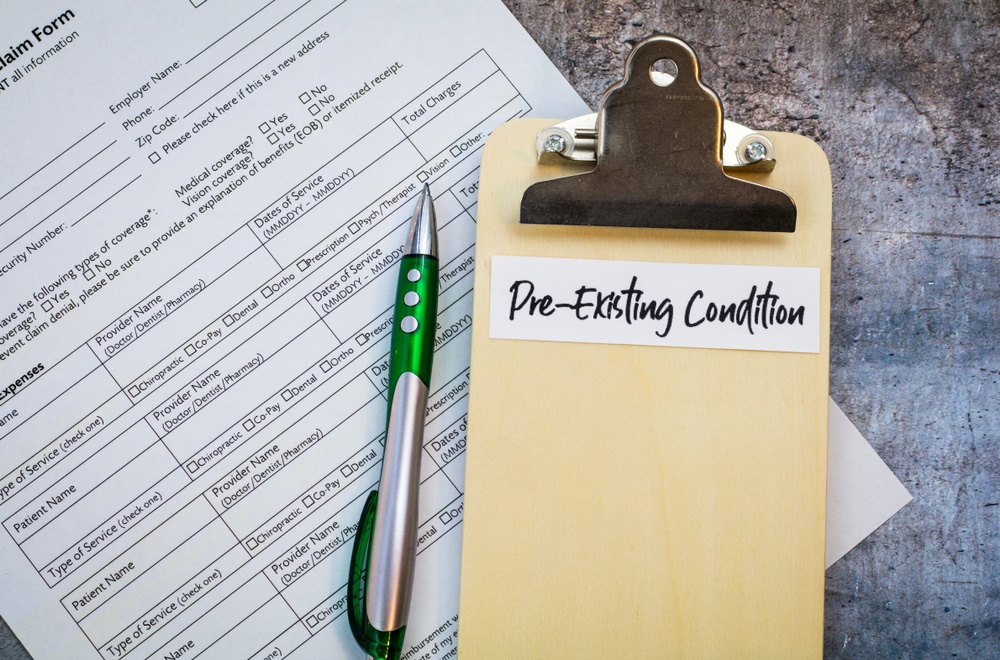 These examples are just a cross-section of health problems that fall under the broad umbrella of pre-existing health conditions. Usually, they tend to be long-term or chronic (from birth). Many adults will know the fear of being denied a private health insurance policy because of a pre-existing condition. In the past, the delineation for these conditions was broad and even punished women for being women. Here, we’ll try to demystify the term “pre-existing condition” and explore what happened to it, and how we’re better off without it.

What Determines a Pre-Existing Condition?

Typically, if you were diagnosed with the condition or received treatment for it before you started on your health insurance plan, it counts as a pre-existing condition. In the past, insurance companies would collect documents and check out if you had a pre-existing condition. If you did, they reserved the right to deny you coverage or inflate their services’ prices. The activity was widespread and highly unethical but went unaddressed for a long time. The situation changed in 2014, when the Affordable Care Act (ACA) went into effect. Insurance companies no longer have this option to deny coverage or inflate their rates to clients with pre-existing conditions.

Today, if an insurance provider denies you coverage because of a pre-existing condition, it’s illegal. However, if you signed up with a plan before 2010, the ACA doesn’t retroactively cover the decision process. Thus, if you were part of a coverage plan before March 23rd, 2010, you might still be charged higher fees because of your pre-existing condition. Insurance companies term policies like these “grandfathered” policies. You must learn and keep aware of any legislation that may impact your health insurance coverage.

Before the ACA became law, insurance companies also had the option to raise premiums if you developed a chronic medical condition while already covered by the company. Today, trying to raise the rates of a person who’s already a member of a plan, but then contracts a chronic medical condition is illegal. However, other annual premium increases to your plan may apply, depending on your provider. As long as the rise isn’t directly related to contracting the chronic illness, the insurance company can still increase the fees or premium you pay.

If you get pregnant, it doesn’t count as a pre-existing condition. An insurance company isn’t allowed to deny you coverage or inflate their rates if you enroll while pregnant. All the content that a plan offers for pregnancy and delivery begins the very day you finalize the coverage with your agent. Individual programs may vary in what coverage they provide and the volume of costs they absorb. Speaking with your agent will help you grasp what your insurance provider offers when it comes to pregnancy and delivery. Prior to the ACA coming into effect, pregnancy or the plan to become pregnant both fell under the broad definition of pre-existing conditions.

What Pre-Existing Conditions Affect Me If I’m a Woman?

Is There a Health Coverage for Those with Pre-Existing Conditions?

Luckily, the idea of a pre-existing condition is no longer something health insurance companies deal with. Before the ACA went into effect, there was still nothing that those the companies denied coverage could do. However, if you have what would have been considered a pre-existing condition, you may want to explore all the options for affordable health insurance. Some plans are a better fit for those with chronic illnesses than others.

If you’ve signed up with a health insurance provider, you will probably be required to pay an individual premium every month. Additionally, some plans need you to pay a deductible before the insurance company takes over the visit’s cost. This deductible will vary, and may even be a barrier to accessing your healthcare insurance. The percentage of the costs associated with your condition that the insurance company is liable for will differ depending on the level of coverage that you pay for.

You should know that your health insurance provider does not have the right to charge you extra for a pre-existing condition. They also can’t deny a new policy based on a pre-existing condition. These measures were instituted through the ACA to ensure that uninsured Americans would have medical coverage in an emergency. What many policyholders aren’t aware of is that the ACA also removes gender biases in insurance. Providers can no longer charge women extra fees for merely being a woman. They are also required to pay benefits for conditions previously categorized as pre-existing conditions, including pregnancy and childbirth.

Each individual has different needs for their insurance plan. Some people prefer systems that cater to their needs and offer them freedom of choice. Others prefer to have less paperwork to do, once it’s not too inconvenient to visit a primary care physician. Because of the nuances in how people choose their providers, My Private Health Insurance offers a platform that you can research each provider and what their plans provide you. Check out our website to see what the industry’s major players are offering and find a policy that’s right for you today!